​Originally from Fort Smith, Arkansas, Angelina’s only encounter with dance was her experience on her Junior High and High School dance teams. In 2001, Angelina moved to Tahlequah, Oklahoma to attend college at Northeastern State University where she dove head first into her technical dance training with Modern Dance Company, “Govertigo.” Under the direction of Jill Priest, Angelina fell in love with dance, developing an affinity for Modern Dance specifically.

Over the last 12 years, she has taught at 3 different studios and has choreographed numerous large musicals for Muskogee Little Theatre, Muskogee High School and others, including “The Little Mermaid,” “Monty Python’s Spamalot,” “The Addams Family” and “Mamma Mia,” just to name a few. Angelina has performed on stage for many MLT productions as well - most recently as “Paige” in MLT’s “The Outsider.”

Having recently decided to take a hiatus from teaching, Angelina is ecstatic to be a student again and a part of Portico Dance Theatre. Angelina lives in Muskogee with her husband, Tommy Cummings and their two boys.

​Jennifer began her dance training at the age of five in Anchorage, Alaska at Dance Spectrum School of Dance. Beginning with preschool ballet and tap, she quickly learned that she loves movement and gradually added a variety of styles to her repertoire including modern, jazz, contemporary, pointe, and hip hop. Jennifer joined the school’s company, Dance Spectrum Alaska, at the age of 14 and performed seven seasons with the company under the direction of Gail Florio. She eventually moved to Virginia to pursue an education in psychology and counseling at Christopher Newport University. There she joined the Silver Storm Dance Team and enjoyed performing at numerous games and school events.

Jennifer moved to Tulsa in 2012 and quickly sought out dance opportunities in Oklahoma. She found Portico Dance Theatre in 2013 through their full-length production, "Combined Minds," and joined the dance company and aerial dance program the following season. In addition to her work with Portico Dance Theatre, Jennifer enjoys performing in musicals and pursuing skills in other expressions of movement including aerial dance, partner acrobatics, and contortion, and well as continued training in all forms of dance on the ground and in the air.

​Angelyn is an alumnus of PDT rejoining the company for the 2019/20 season.

Kymber Sage is a native of Tulsa, Oklahoma. Her PDT debut was the company's 2018/19 season production of "Project Alice." She began dancing at 13 years of age and fell in love with the art. She has attended The Open Jar Institute twice, a Broadway Intensive in New York, New York and has had the honor of being a Musical Theatre Initiative Dance Finalist at KCACTF Region 6. She received a Bachelor of Arts in Theatre from Oklahoma Baptist University in 2017. When not performing she can be found choreographing or instructing aerial silks, sling, and lyra at Calliope Youth Circus or Jenks AcroTribe. Her aerial choreography debut for PDT was also the 2019 production of "Project Alice". Other choreography credits include "Annie Get Your Gun" at Shawnee Little Theatre, student choreographer for "The Music Man" at Oklahoma Baptist University, and her full length capstone show "Unexpected Journeys." Some of her recent local theatre credits include dancing in "Newsies," "Barnum: The Musical," and "Beauty and the Beast." Her biggest passion is theatre and hopes to one day be a dancer in a Broadway show.

When not doing all things arts, she is at home with her Irish twins Ophelia and Olan. She thanks her partner Austin and family for all of their love, support, and endless hours spent with the kids so she can pursue her passions.

​Sami joined PDT in fall 2016 and is a teacher with Tulsa Public Schools.

​Cherie grew up in Sapulpa, Oklahoma and has been following her passion of dance since the age of three. She attended Oklahoma City University where she earned a Bachelor of Performing Arts degree in Dance Performance with a focus on choreography theory and ballet, tap, and jazz pedagogy. While studying at the Ann Lacy School of American Dance and Arts Management, Cherie had the opportunity to perform and tour with the American Spirit Dance Company under the direction of Jo Rowan. After graduating she went on to dance professionally in Dallas, Texas and Los Angeles, California. Some of Cherie’s favorite dance credits include multiple seasons with Larrwell Productions for Mary Kay Cosmetic Conventions, Rob Lake Magic Inc. as a dancer and magician’s assistant, Cedar Fair Theme Parks in Pennsylvania, industrials for Sally's Beauty Supply and DIFFA, Phenom Dance Team, and multiple performances with RAW Artists exhibitions in Los Angeles. In addition to dancing Cherie teaches multiple styles of dance for all ages and instructs Pilates and barre fitness classes. She’s very excited to be back permanently in her home state with her husband and to have the opportunity to continue dancing locally in Tulsa with Portico!

​Linda joined PDT in February 2011 with a crazy performance in the New Genre Festival and has been in every production since (except for that one when she had a baby). Linda has danced since age four and continued dance training at Southern Methodist University, where also she co-directed a student theatre company. Linda choreographed and danced in several musicals at SMU and in community theatre, including "The Who's Tommy," "Cabaret," "The Fantastics," "Jesus Christ Superstar," and "The Pajama Game." As a child, she dreamed of being an actress and a professional dancer and is grateful that PDT has provided the opportunity to make her dreams a reality at the local level. Linda has her BA in Psychology with a Minor in Theatre and a MA in Arts Administration. Linda fights for social justice in her community, sits on the Board of the Tulsa SPCA, and serves PDT as the graphic designer, marketing/press coordinator, fundraising coordinator, and the Board President. Linda loves her family that allow her to do this, and her seven cats that allow her to pet them sometimes.

Kimberly has loved dance and music from a young age. She grew up in Woodward, Oklahoma and studied tap, jazz, and ballet with Brenda Alexander at the Woodward Studio of Dance. She then studied music at Southwestern Oklahoma State University and earned a Music with Elective Studies in Business degree. When she moved to Tulsa for a marketing internship at the Tulsa Ballet her love of dance was rekindled while she studied tap and jazz with Nancy Clarke at the Nancy Clarke Studio of Dance. After seeing Portico's "Project Alice" she immediately wanted to become a part of the group. She joined Portico in September of 2010. Some of her favorite Portico productions are "Super Suite," "BorN," and "Mob Mentality." She has also performed in several Theatre Tulsa productions including "A Chorus Line," "Oklahoma!," and "Cabaret." In her life outside of dance, Kimberly teaches 6th grade Language Arts at Union's 6th/7th Grade Center. Her husband, Todd, and son, Owen, are her biggest fans and supporters. Kimberly also serves on the PDT Board of Directors as Vice-President. 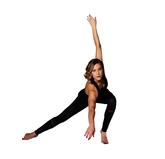 ​Hillary is one of the original PDT members, joining the company in 2009. Hillary is originally from Houston, Texas and studied dance at University of Oklahoma. In her other life, Hillary is a family doctor and psychiatrist. Hillary also serves PDT as costume mistress and sits on the Board of Directors. 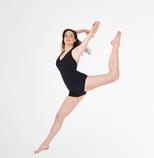 Andrea joined Portico Dance Theatre in January of 2016. She started her training in Houston, Texas with Tiny Tots Dance & Gymnastics, continued in Tulsa, Oklahomas with Fun Times Dance & Gymnastics and Jenks Dance Company. She competed nationally for 10 years, and received numerous awards and dance scholarships. While attending Jenks High School, she was a member of the pom squad for four years, a UDA Varsity All-Star, and a member of the All-Regional Dance Team. She has coached and choreographed for several cheer and dance teams in the Tulsa area, as well as production numbers at the collegiate level. She was a member of the Arena Football League Tulsa Talons Cheerleaders for seven years, along with being the Cheerleading Director for two years. She was also the Dance Team Director and Choreographer for the CPIFL Oklahoma Defenders Indoor Football team for two years. Andrea has had the opportunity to perform in several musicals with Theatre Tulsa and Tulsa Project Theatre, such as "Miss Saigon," "A Chorus Line," "Oklahoma!," and "West Side Story" to name a few. She is a graduate of Oklahoma State University with a bachelor’s degree in Finance and Accounting, and is currently working as an Accountant at the BOK Center and Cox Business Center.  Andrea also serves on the PDT Board of Directors as Treasurer.

​Shana has been a member of Portico Dance Theatre since 2008. In that time she has had the great honor of performing and choreographing works for the company. Shana grew up training in Arkansas, Missouri, and Kentucky. She spent her summers studying with the American Ballet Theatre and Kansas City Ballet. Shana is proud to hold a Bachelor of Fine Arts in Dance from Missouri State University. While studying at Missouri State, Shana had the honor of performing and having her choreography chosen to represent the University at American College Dance Festival. In the summer of 2006, Shana was also chosen to attend and perform with MSU at the Congreso de Pedagogia en la Danza (dance pedagogy congress) in Bogotá, Colombia. Shana’s teaching experience includes subbing ballet, modern, and assisting partnering classes for Missouri State University. She was also a member of Inertia Dance Company through MSU, a community outreach dance company that annually brings dance to over 1,000 school children. Since moving to Oklahoma, Shana has taught dance at Central High School Fine Arts Magnet, Nancy Clarke School of Dance, and Owasso Dance Company. Shana enjoys spending time with her husband and their three sons, who she is immensely proud of, as well as her loving extended family. She loves them all "more." In the fall, you are sure to find her and her family at all Arkansas Razorback games. Go Hogs!! 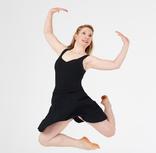 ​Cassie is an alumnus of PDT and rejoined the company in fall of 2017.