Jennifer began her dance career in Portland, Oregon, performing with several contemporary dance companies including BodyVox and Polaris, and studying with Oregon Ballet Theatre. Jennifer danced and performed with Kinetic Images Dance Company as a principal member and was a soloist in several featured contemporary roles. Prior to this, Jennifer studied under Susan Zadoff at the University of Oregon and Eugene Ballet in Eugene, Oregon and was selected as the first freshman accepted into the professional core classes. She also was a company member of Dance Oregon and performed with the Eugene Opera Ballet. In addition, Jennifer studied at Danskervelt School of Dance in Copenhagen, Denmark learning the Bournonville style of ballet.

While in Oregon, Jennifer also performed as a soloist with the State Ballet of Oregon under the direction of Eric Hyrst. As a Soloist she has danced in “Copellia,” “Romeo and Juliet,” “Swan Lake,” “Giselle” and “Sleeping Beauty,” among others. She also danced principal roles in “The Nutcracker” as Clara and as the Sugar Plum Fairy. Jennifer returned to the State Ballet of Oregon in 2006 as the Ballet Mistress and Director of Company Classes, where she taught ballet and modern technique, she also choreographed a full length work called “Virus” set to the music of Tool as well as other works which were performed by the company at the Ballet in Park series in Ashland, Oregon.

After moving to Tulsa, Oklahoma, Jennifer became the Company Manager of Monica Huggins Dance Theatre and choreographed and managed the company under the Artistic Direction of Katie Feiock. While with Monica Huggins Dance Theatre Jennifer wrote, choreographed, and directed “Project Alice” which was performed by the company in 2009. Jennifer is now Co-Artistic Consultant and Choreographer for Portico Dance Theatre and was bestowed the honor of being the first Chairman of the newly formed Living Arts Contemporary Dance Committee. 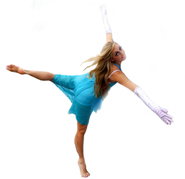 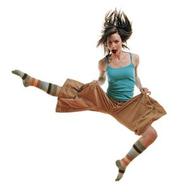 In Architecture a portico is an open entryway. Through contemporary dance, Portico Dance Theatre seeks to serve the same purpose: allowing ideas to exchange and percolate between artists, communities, and disciplines.

Nina Madsen moved to Tulsa from Brooklyn, New York in 2009. She graduated cum laude from the University of North Carolina at Greensboro with a BFA in Dance in 2005. She also studied at the Western Australia Academy of Performing Arts in Perth and Teatterikorkeakoulu, The Theater Academy of Finland in Helsinki. While living in New York City, she received her Certificate of Movement Analysis from the Laban/Bartenieff Institute of Movement Studies as well as an Associates Degree in Occupational Studies from the Swedish Institute College of Health Sciences. She has performed internationally in Australia and Finland, and nationally in New York City, New Jersey, North Carolina, and Oklahoma. She has had the opportunity to work with notable choreographers B.J. Sullivan, Andrea Woods, James Robey, Amanda Selwyn, Juan Carlos Verdu  Katherine Richardson, Tara Madsen Robbins (her sister), Ryan P. McMullen, John Gamble, and Eleanor Goudie-Averill. She has been a member of several modern dance companies including Amanda Selwyn Dance Theatre (NYC) and John Gamble Dance Theatre (NC). In a 2002 dance review of the American Dance Festival, dance critic Byron Woods wrote “the unforgettable flex of Ursula Payne’s student Nina Madsen, reminiscent of sculptor Gretchen Lothrop’s work.” She is currently a Resident Choreographer/Director of Modern Dance for Portico Dance Theatre where she teaches, choreographs, and dances. She is the recent founder of the early beginnings of a new organization, “Erase the Stigma Through Dance.” The working mission is to bring dance artists together to erase the stigma of mental illness, a platform to change perceptions through advocacy and our works. Her vision is to bring awareness to allow space for transformation in perceptions through the art of dance.